In this post, we are going to discuss some famous figures who were among the most extraordinary people in the history of mankind but their special skills were somehow related to their developmental disorder due to which they are also called idiot savants. 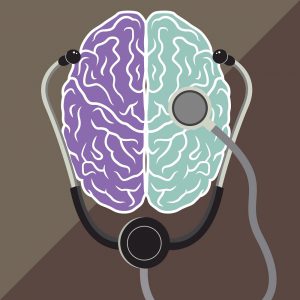 Although it is not appropriate to call them with this name, they were so called because of their weak social skills and inability to perform basic day to day activities like others. However, their skills were unmatched in the area of their interest.

Dr. Bernard Rimland understood that the term idiot savants was not justified and that these great people must be addressed using a more respectful term so he named them as autistic savants.

In many of our previous posts, we have mentioned the strange connection between Autism and certain savant skills which has been seen in many cases. This is why we often encourage people to understand Autistic children deeply by forming a strong connection with them so that their special gifts and skills could be identified.

It is very difficult to find out the gift that such individuals might be having, there is no way to identify that how this developmental disorder could positively affect a person’s ability in certain areas.

One thing is common in all or most Autistic kids that they are obsessed with certain activities. The same obsession is what slowly reveals itself as a skill that is exceptional and unique.

Sometimes this special gift appears as an astonishing capability to perform mathematical calculations whereas in other cases it can also be a remarkable memory power. This gift can also be a unique creative ability which you as an authority figure will have to find out using keen observation of the child’s activities.

To help you understand that Autism can sometimes turn out to be the biggest strength in a person’s life, we are now going to enlist a few very famous personalities who were affected by ASD.

One of the special cases that might blow your mind is of Richard Wawro. This person was known for his incredible memory and drawing skills. This guy was able to draw a picture perfectly and accurately by just looking at it once.

However, he was diagnosed with Autism at the age of three. Due to this disorder, he had several obsessions like he will strike a piano’s key for hours, walk in circles and spin objects endlessly. 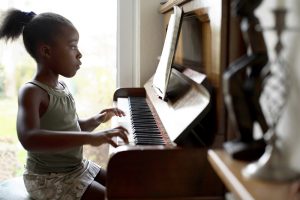 One of the gifts that an Autistic person might have is their love for music and proficiency in this field. Due to their ability to remember musical notes and perform it with perfection, people with Autism can many times prove out to be great musicians.

“High hopes” is a musical band that consists of singers and musicians who have autism and other disorders. In this group, Tim Baley is a pianist who is an expert at what he does.

He has represented his group in Los Angeles Autism conference and also has played at White House.

Leslie was born with a lot of physical and mental afflictions due to which doctors had to remove his eyes when he was a baby. Unfortunately, his mother also left him and he was adopted by a nurse.

Due to severe Autism, Leslie didn’t show any sign of improvement for a very long time, it took almost 12 years for him to walk properly.

When he was 16 years old his foster parent saw him playing piano keys like an expert. This was an astounding discovery because Leslie never took any kind of musical training. Since then, he became very popular as a pianist and he was well-known for his talent to remember and play a music after hearing it once.

Gottfried, who is also known as cat Raphael is one very curious case of ASD.

He was very less interested in any other activity due to Autism but once his art teacher found that he can draw cat pictures with precise details. Since then, he became famous for his cat drawings, his cat pictures looked very lively and real.

What was very interesting and uncanny about this guy is that cats would actually come to sit with him and on him when he used to draw these pictures. People also claim that he used to communicate with them. 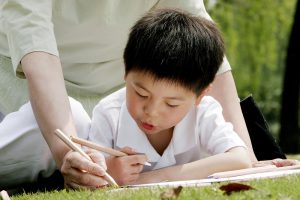 If you have never heard of the person who was called as the human camera then we would like to share with you the story of Stephen Wiltshire.

He was diagnosed with Autism at an early age and also had a problem with speaking so he used to express his thoughts by drawing. Later he started to speak and develop a deep interest in drawing pictures.

Gradually he earned a name for his marvelous skill to remember things, people, places with subtle details and then to perfectly draw that picture. He is very popular for his top view drawing of Tokyo city which he was able to do after a short helicopter ride above the city.

This girl was born blind and with Autism but she had so many extraordinary skills that her physical disability was not a problem for her.

Ellen Boudreaux has a stunning quality using which she is able to walk without running into things, she makes a chirping sound which acts as a human sonar for her which lets her see with her ears and mind, she has another spectacular skill to know the exact clock time without anyone’s help, she developed this skill in childhood because her mother made her listen to the automatic time recording.

The next name on this list is a peculiar and astounding case of Autism. Daniel has a special skill of memorizing which gives him an unbelievable ability to perform mathematical calculations and learn any language quickly. 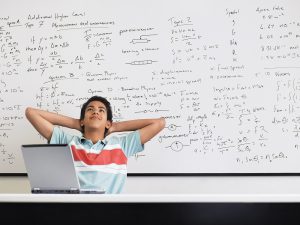 The unusual skill that we are talking about here is his ability to distinguish integers up to 10000 in the form of different colors and patterns. According to him, each number has its own unique color, shape, size, and texture. He has memorized the value of pi up to the 22514 decimal places.

His another popular skill is to learn languages, he has learned up to 11 languages. In the year 2007, he was challenged by an Icelandic TV channel to learn their language which he successfully did within just seven days.

The next three names on our list are legendary figures who were probably affected by Autism which somehow might have given them a special advantage in different areas to such limit that they are still among the biggest names in history. Although due to the lack of clinical evidence, we cannot say this with certainty, yet some recent retrospective diagnosis has shown that these people might have been affected by ASD.

The technological advancement we are seeing all around us today is undoubtedly a result of Einstein’s work in many ways. His contribution towards science is probably a game-changing factor in the history.

But what most people don’t know is that he was affected by Autism. Due to this disorder, he found it difficult to socially interact with others and sometimes he found his language a bit difficult too.

This is why you will often find him unorganized in his photos and he always preferred solitude. Autism makes people get highly obsessed with things that they can even forget to take their meals. Einstein also was not much concerned about what he ate and he also used to relentlessly spend time doing his work for hours and sometimes weeks.

It is undoubtedly clear that nobody will ever be able to match the skills of Mozart in composing music.

However, there has been evidence which indicates that he was probably affected by ASD which could have also been a reason for his extraordinary talents.

Mozart was hypersensitive to sounds and loud noises used to make him sick which is a common symptom of Autistic people. Another characteristic which indicates the signs of Autism in Mozart was his repeated facial expressions and hyperactiveness. His letters also show that he might be having echolalia which is another symptom of this disorder. 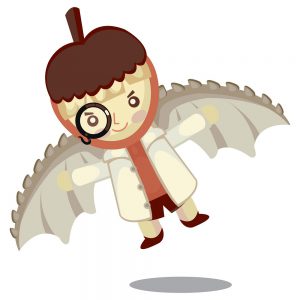 Just like Einstein the second most popular name in the science’s history, the father of science Sir Isaac Newton has also shown the signs of Autism. By reading and analyzing the behavior of Newton one can easily recognize that his characteristics highly matched with those who have Autism.

Newton also used to avoid social interactions and thus had only a few friends. He too was highly obsessed with his work that he often missed his regular meals. Another factor which indicates that Newton was Autistic is his fixation for the daily routine which is also a quality that can be commonly seen among people affected by ASD.

We hope that this post will help people to understand the importance of understanding kids with development disorders better so that they could spend their life doing something they love.

With proper knowledge about the disorder, you can raise an autistic child in a way that you can find out their strengths and help them to know their gifts. You can read more about people with special skills who had development disorders in Darold A. Treffert’s book named “Extraordinary People: Understandings Idiot Savants“.

Here’s a very nice Ted Talk video on this subject:-