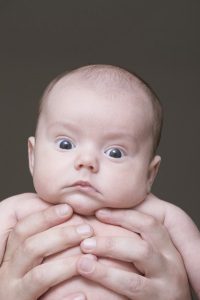 Autism is not a disorder which can be is easily identified at an early age. In fact, the behavior of a baby cannot always give us an accurate idea of whether it is affected by any disorder.

Keeping this in mind we want to clarify that you should not get paranoid or worried after reading these signs since none of these symptoms imply with total certainty that any baby is autistic.

Even though it is not advised to get too serious about the symptoms of ASD that can appear in a baby. Knowing the signs and acquiring proper information can help you to avoid or prepare yourself for any futuristic problem.

We are providing some signs of autism in an ascending order based on the age of an infant:- 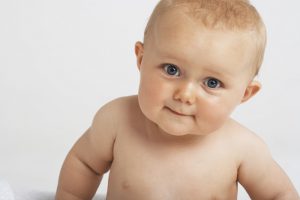 There are a few characteristics of babies that we can observe once they have reached the 3-month age mark or before. And you can easily find these initial behavioral patterns in any baby, for example, most babies learn to react or respond to sounds and visuals at this age.

The development of senses makes a baby recognize faces and react to facial expressions. A 3-month old baby can laugh or smile in response to something amusing.

Likewise, a baby of this age also learns how to react to specific sounds. It can cry due to the irritation caused by loud noises or follow any movement in the surrounding using their ability to sense sounds as well as sights.

Unfortunately, not every baby has sharpened their sensory perceptions like most babies do, this can be a sign of autism but this can also mean a usual delay in the development of senses.

The strengthening of senses leads to some regular behaviors especially the ones that make a baby to get the attention of others in various ways.

Unlike other kids, the infants who might have mild autism or possibilities of ASD do not do usual things like trying to hold objects, make a lot of noises or find something interesting like other babies do.

Since smiling, laughing and crying are basic modes of expressing feelings and this is something autistic kids have difficulty with, a baby which is failing to show these expressions maybe potentially an autistic child. 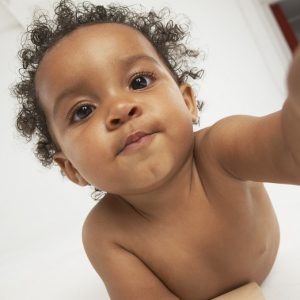 By nine months of age, the specific characteristics of an autistic child become more significant.

Autistic kids are mostly known for their preference of solitude and they don’t like to engage in something that is based on interaction with other people.

Since autism causes an individual to be self-absorbed, a baby susceptible to ASD can also be too much engaged in their own world which may be perceived as a lack of empathy or affection by others.

Not being concerned about sounds or happenings that usually excites a baby is also one of the common signs of autism in infants.

The time period after twelve months is the crucial one because it is where initial symptoms of autism can actually be detected.
As a broad-minded person, who is willing to be open to accepting the possibility of this particular disorder in a kid. You must be extremely cautious and observant of the behavior of a kid during this time period because autism shows its sure-shot signs after twelve months.

Not being able to develop the locomotor skills and basic communication skills is not always an indication of autism but the inability to understand gestures and body languages may indicate mild or severe autism.

By the age of 12 months, kids usually start to pronounce some single words very clearly, but a child with ASD may not be able to do that nor can they express their needs properly even using gestures.

Not being able to walk by the age of 12 months is not a rare condition but not even being able to crawl may indicate the probability of this particular disorder. 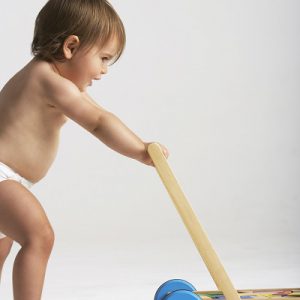 At this age, kids start to recognize figurative languages and indirect modes of communication. Since autism is something which makes it very difficult for a kid to understand the “playfulness ” and indirect implications of statements, a child affected with ASD may not be able to recognize or comprehend anything that involves those kinds of interactions.

This is why the usual games that involve “pretending” roles are not something an autistic child is able to understand, so they don’t prefer it or take interest in any such games.

As we have already discussed, locomotor skills are something that can vary from child to child, but not even able to stand or even try to stand up using support at this age is one of the common symptoms of autism in babies.

This is where this particular disorder can be entirely detected. If you do not take any serious actions to diminish the effects of this disorder by this age than the kid’s mental growth can regress with time.

Till now, the signs and symptoms we have talked about above was something that you can ignore considering that the child is just a little slow to learn the usual skills, but after this age these

characteristics become very dominating in a kid affected by ASD, so if you are able to observe these symptoms in a child then kindly take the necessary professional support which involves established methods to detect autism like the 2-stage process.

An autistic kid cannot walk with support even at this age and they can also fail to learn more than a dozen words(may vary depending on individuals).

A kid affected by this disorder may find it extremely difficult to follow common instructions like any other kid and they also may refrain from trying to learn by imitation.

One other unique thing that can be observed in autistic kids of this age is that they do not understand the appropriate usual functioning of utilities like phones, utensils, tap, fan, buttons, keys, etc. So they don’t choose to play with toys that are based on our daily utilities like most kids do.

In these two posts, we have mentioned 10 signs and symptoms using which you can detect autism in kids but we strictly advise you to take proper professional support before reaching any conclusion because there are also other kinds of disorders that may show similar symptoms like autism.

If you want to know more about ASD then we suggest you read “Not What I Expected” by Rita Eichenstein, who is a pediatric neuropsychologist, this book gives you a better insight into various disorders related to kids. You may also like to check out our review of the program “Parenting Children with Asperger’s and High Functioning Autism“.