10 Signs of Autism in Children – The First Step

In this post, we are going to talk about some signs of autism in children using which one can detect whether their kid is having this particular disorder. 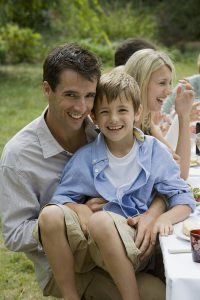 Though as a close person to any kid it would be very difficult to accept that your kid might be a little different from other kids but as an aware person who is concerned about the future of the kid, you must be willing to observe their behavior in order to prepare yourself for proper parenting because development disorders can only be better dealt with when it is detected at an earlier stage.

Development disorders like autism are known to be among the challenges that usually shows its signs before the age of two years.

Importance of Identifying the Initial Stage of Autism

You might not have heard much about this disorder in the early history of mankind, even about 40-50 years ago this was not something much popular.

This is not because autism is increasing among people with time but due to the increase in awareness and availability of information, people are now able to detect it much proficiently whereas earlier it was rarely identified. 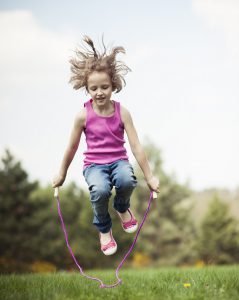 In the past, due to the ignorance of people, autistic kids were perceived as abnormal and given labels that were a result of narrow-minded thinking.

Our post on “autism in children” has talked about some of the greatest minds world has ever known like Sir Issac Newton and Albert Einstein, the lack of open-mindedness have also made people call such legendary figures by the name of “idiot savants“.

With the technological advancement and improvement of medical science, autism spectrum disorder is something that is far more in our control than ever before.

In fact, people with ASD can show great signs of improvement with time when provided with professional support and suitable environment.

Although we are far more aware of this difficulty in kids at the present time, yet the lack of willingness to accept any disorder in children by the society is still a big problem.

By observing the behavior of a child, one can detect the signs of autism even before the baby turns 1, but the lack of acceptance and knowledge can also lead this disorder to go unnoticed for more than starting 2 years.

Difficulties in Detecting Autism in Kids 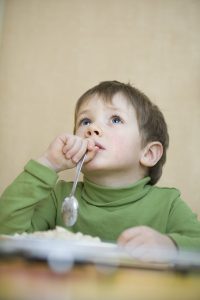 Although we have talked about identifying autism before a baby becomes 1 year old, it is not always necessary that it will show the signs of autism that early, some kids may seem like any other kid in behavior for as long as one and a half year and then show the earlier symptoms.

Researchers and studies have shown that it is often very difficult to identify an autistic kid before they are six months old.

This particular problem is due to the similarities between an autistic child and others. However, between 6-12 months one can get a more accurate insight into whether a baby is affected by ASD.

As a parent or a family member, you might be a little paranoid after hearing this but the good news is not every kid who show these signs is critically affected by autism.

Your willingness to be open about this particular issue can also lead to the diminishment of ASD in that baby to a degree that it almost becomes insignificant with time.

Autistic kids are most commonly known for their difficulties in speaking but this is not something common in all children affected by ASD.

Some kids find it extremely difficult to speak whereas some are just like are normal kids in this area. There can also be cases where these kids talk a lot about something they are obsessed with.

Often these kids are troubled their inability to properly express their emotions, needs and wants.

This also leads them to speak inappropriately in random situations about irrelevant subjects (this can also be repetitive words) to people of any age group.

When it comes to the direct form of communication, kids with ASD cannot understand the figure of speech and they also don’t know much about how to change the direction of any specific conversation.

Sometimes along with the repetition of words they can also change the tone as well as pitches of their sound (like singsong or robotic voice).

Since autism is a disorder of spectrum which makes the kid who is affected by it different from others especially when it comes to what is considered as “normal” and “usual” way of expressing oneself, this fact makes it extremely difficult for autistic kids to connect with others.

They are afraid of making eye contacts and they prefer to avoid social interactions as much as possible because usual gestures and manners used in social situations is something which they rarely understand.

There are some peculiar characteristics that can be seen in an autistic kid, howbeit it is not necessary that every kid will show these symptoms, yet with observations, it can be identified that their behavioral issues are many a times very distinctive than common people. 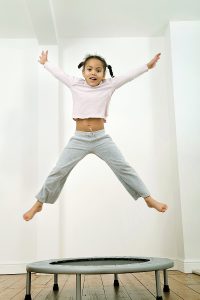 This also leads to a lot of hazards in the cases of kids who are highly affected by autism because they can harm themselves if someone is not taking proper care of them.

Unlike other kids, most autistic children have a great difficulty in imagining and anticipating a possible danger pertaining to the outcome of any risky action so this is also something one should keep in mind while parenting them.

Obsessiveness and anxiety are a permanent companion of maximum kids who are affected by autism.

This can also make them less connected to others because they are usually known for only taking interest in whatever they are obsessed with.

Their obsession can also be related to any particular daily ritual or routine which they are unwilling to change.

All these judgments we make are a result of how we associate the sensory information with the beliefs that construct the system of thoughts which regulate normal functioning of our world.

But autism can tweak and alter this association that mind makes with the sensory information and social beliefs, so the judgments made by the so-called “normal” kids can be highly contrasting with the judgments of autistic kids. (Autistic kids can greatly improve the development of their sensory perception using some special sensory toys) 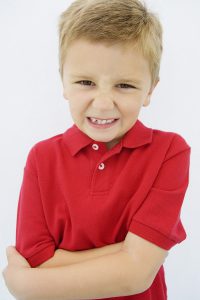 This leads to the differences in their preferences about whatever is related to the sensory perceptions viz. touch, smell, hearing, seeing and taste.

This is why people with ASD are often known for their aversion towards physical contacts with others.

You can also find this in their other preferences like their unwillingness to listen to sounds or music that people usually like or their dislike towards smells or sights that are admired by others.

One of the biggest problems that parents or relatives of autistic kids have to face is related to food and we can now understand why they don’t like or find specific food items to be as tasty or delightful as we find them to be.

The usual skills that any kid develops at a particular age become a troublesome task for these unique children due to these specific facts and it also includes learning to sit up, crawl, walk or toileting skills.

After reading these signs of autism, do not get paranoid or fearful because sometimes you cannot predict the actual problem of a child too early. And the late development of many skills is also not a sure shot symptom of autism.

In the above 4 points, we have discussed the symptoms and signs that can be seen after 2 years or more. In the next post, we will be discussing the rest 6 signs that are related to infants.

Here’s a quick video for you on the early signs of autism:-

Thank you so much for visiting our post, we hope this content was useful to you. We would love to hear from you so kindly share your thoughts, suggestions, and feedback with us by commenting in the box below.