In this post, we are going to discuss the signs of emotional problems in children that will help you to detect whether your child is facing any of such issues so that you can take further steps to help them in dealing with these problems.

We are not going to talk about any mental disorder here but we will be providing you the symptoms of various emotional issues that any child might be facing due to which they behave inappropriately, it is very essential to detect these issues as early as possible because such problems can have a deep impact on the psychology of a child which will cause a lot of  trouble in their future life.

Symptoms of emotional problems in kids:-

If your kid is throwing a lot of tantrums and if they are losing temper over small things very frequently then they might be having an emotional problem due to the need to get attention.

In our previous post, we have discussed how some children become very difficult to handle around the age of two years and we have provided the methods to deal with such problems there which you can check out by visiting our post named “how to deal with the terrible two’s“.

It is common for a child to throw a lot of tantrums to get what they want but when you don’t do something about their such behavior then they can continue getting angry over small things and it can turn out to be a big problem in their adult life.

Anxiety is another emotional problem that is now becoming very much common in children, this problem is mainly caused due to the belief kids form that they are not “good enough”. Most people who struggle with anxiety issues has its root in their childhood. 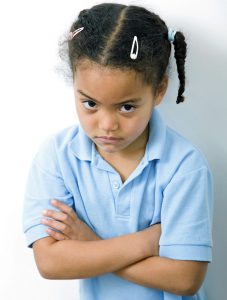 If a child is not comfortable in the presence of people and they do not prefer to hang out with other kids of their age then they might be facing some kind of emotional problem due to which they are afraid of people.

A kid prefers isolation mostly because they feel that nobody understands them and one of the main symptoms that such kids show is that they do not express their feelings or talk much about their problems with others.

When this kind of emotional issue is not treated at an early age it can make a person introvert during their adulthood and it can also lead to childhood social phobia.

When you see a kid who holds a very low opinion about themselves and think very negatively about the outcome of any task that they might be doing than it is a sure shot sign of low self-esteem.

Kids who have a low self-esteem fail to achieve their goals despite being capable to easily achieve it. These kids may perform well in sports and other activities when they are doing it without being watched by others but they fail miserably when they are aware that people are expecting something from them.

Low self-esteem grows bigger with the time and a person struggles a lot in life due to this emotional problem. So we strongly recommend you to act on this problem as soon as you see its symptoms in your kid.

Do you see your kid blaming others for their mistakes and shortcomings? If yes, then your child might have formed a victim mindset. Kids with a victim mindset can be seen to get upset over small things. Victim mindset is formed when children start to believe that the world is being unfair to them and this belief can lead them to be affected by depression in their adulthood. 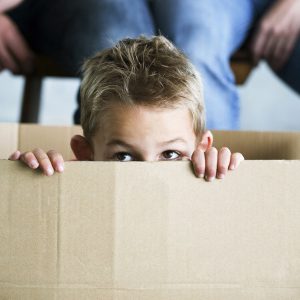 A kid who is having this type of emotional problem shows the signs of not being able to make decisions. An angry kid is mad at other people but a frustrated kid is angry with themselves.

Worrying a lot, finding difficulty in making choices, being stressed about unnecessary things, not being able to sleep properly etc are some common symptoms of frustration. When left untreated frustration can cause hypertension and indecisiveness in their future life.